The primary function of English spelling is to represent meaning. Spelling is not just sounds written down. The spelling of a word reflects its meaning, parts, history, relatives, and finally sounds.

Instead of only learning spelling through rote memorization, students will learn the reasons for the spellings of words. Teach a Student to Spell teaches that sometimes every letter in a word spells a sound but that some letters do not spell sounds. Units of one, two, or three letters called graphemes (digraphs, trigraphs) spell sounds. Letters can be zeroed. Letters can be phonological, etymological, and/or lexical markers.

Teach a Student to Spell Bundle 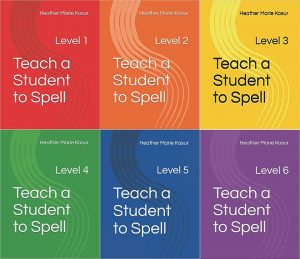